I have been putting chlorine tablets (also known as chlorine pucks due to their size and shape) directly in my skimmer baskets for most of the past 8 years that I have owned my pool without any problems. I usually do this immediately after I have cleaned the pool.

It is perfectly acceptable to put chlorine tablets in your skimmer basket. In fact, it is the normal place to put them as the water runs through the basket on its way to the pump so this helps them to dissolve.

When I think about it, when swimming pools have been around for so long, it is surprising that they aren’t built with a specific chlorine/chemical feeder system. They are available but don’t seem to be fitted as standard.

One of the advantages to putting the chlorine tablets in the skimmer is that when the pump is running the water flows over them so it becomes chlorinated as some of the tablet dissolves. It is then pumped back into the pool and is distributed evenly throughout the pool.

I actually use 5-in-1 3″ tablets which include sanitizer, clarifier, stain inhibitor, descaler and algaecide all in one tablet so are very convenient to use. I use these – 5-in-1 Multi-Purpose 3″ Chlorinating Tablets

It is true that when the pool pump isn’t running the tablets will continue to dissolve (slowly as the water isn’t flowing over them) in the skimmer basket so this water will become more concentrated with chlorine. As long as your pump runs every day that isn’t such a problem. As soon as the pump starts the “concentrated” water passes through the system in seconds so doesn’t have a chance to do any damage along the way.

What other methods can I use to add chlorine tablets?

The main alternative to putting chlorine tablets in the skimmer basket is to use a floating chlorine dispenser. These allow you to put tablets in them and they float around on top of your pool slowly allowing the tablet to dissolve as they go. They normally have a method of restricting the amount of water which can enter the dispenser to slow or speed up how quickly the chlorine tablets dissolve.

For some reason (to paraphrase Henry Ford) they come in every color you want, as long as it is blue. That is apart from some of the novelty versions which may have a duck, a dolphin or even an alligator on top.

I have this one which has a high capacity and I tend to use it when I don’t have the pool cover on (yes, it’s blue) – Large Capacity Floating Chlorine Dispenser

I use a smaller version of the one above to add chlorine to my hot tub as there is no skimmer basket to use as an alternative.

There are numerous novelty floating pool chlorine dispensers from crocodiles to ducks or dinosaurs. My particular favorite is a turtle from WWD Pool.

Poolmaster do a version with a Mallard duck on top that is quite realistic too. Check out their full range of novelty chlorine tablet dispensers that are available here on Amazon Poolmaster Chlori-Critter Chlorine Dispenser for Swimming Pools and Spas.

I used floating dispensers before I bought a solar pool cover but with the pool cover in place they get stuck along the side by the cover.

Inline feeders are not very expensive and can be retro-fitted to your pool in most instances.

They are available on Amazon for less than $100 so might be worth considering. The Hayward CL200 In-line Automatic Chemical Feeder holds up to 9 tablets so would be ideal if you were going on vacation for a few weeks so the chlorine levels would be kept up while you were away.

When I first bought my house with a pool I knew nothing about how to clean and maintain it. I was recommended Swim University’s Pool Care Handbook so I bought it and have never regretted it. It was probably the best money I spent that year as I have saved thousands by doing it myself.

What alternatives are there to chlorine tablets?

Chlorine tablets are easily the most straightforward way to add chlorine to your pool. However, instead of using tablets you can use powdered or granulated chlorine. You should never just pour this directly into the pool or the skimmer though.

Get a large bucket and fill it with pool water, then start adding the granulated chlorine while stirring with a stick or some other implement. Keep stirring until it is dissolved. Then walk around the pool pouring the water back into the pool as you walk so that it is evenly distributed.

Never put the chlorine in the bucket first and then add water. Always water first, then chemicals.

How long does it take for a chlorine tablet to dissolve?

Can you put chlorine tablets directly in pool?

You should never just throw chlorine tablets into your pool, no matter how tempting it may be to do that. If you do then they will sit on the bottom and the chlorine will bleach the color out of the liner under and around the tablet. You you will end up with a pale, or even a white, patch at the bottom of the pool which will make it look awful.
Also, when the chlorine tablets are sitting on the bottom very little water movement will pass over the tablet so it will take an age to fully dissolve and will not get dispersed around the pool, which is what you are trying to achieve.

How many chlorine tablets should you use?

This depends on the chlorine levels that exist when you do a water test. When the pool chemistry is correct, I generally put 3 or 4 of the larger 3 inch tablets in my skimmer every week for my pool which holds approximately 15,000 US gallons of water.

How to use chlorine tablets in above ground pool

Your options are pretty much the same if you have an above ground pool, as with an in ground pool. That is unless you have a very cheap pool without a skimmer. So put the chlorine tablets in the skimmer or a floating chlorine dispenser, as described above

Can you swim with chlorine tablets in pool?

Provided your pool chemistry is correct then you can swim while the chlorine tablets are in the skimmer or a floating dispenser without any problems. If you have an inline chlorine dispenser you would have no choice anyway as the tablets would always be there.

These are the pool cleaning tools I have found the most useful since I have had my pool.

This is a really useful tool for getting into the areas that a standard vacuum head simply cannot reach. Aquatix Pro Pool Step & Corner Vacuum Brush

If, like me, you get plenty of leaves at the bottom on your pool then a good leaf rake/net is a must. The Stargoods Pool Skimmer Net gets under the leaves easily.

These are quite expensive and it was a number of years before I bit the bullet and bought one. I have never regretted it. The Dolphin Nautilus CC Plus is the most recommended pool cleaning robot on all of the pool forums. It not only cleans the bottom of the pool but also the sides and the waterline.

I have had hot tubs for many years and a pool for the last 8 years. I had to learn how to clean, maintain and fix them the hard way. Since then I have helped many friends and neighbors with their pools and now I want to share everything I have learned with you.

link to My Pool Is Green but Chlorine Is High. Why and How to Fix?

So you have a pool and you keep it nice and sparkling by adding some chlorine tablets each week. Then one day your pool suddenly turns green so you add more chlorine but it stays green. You test the...

Every pool owner loves to see their family enjoying the water throughout the summer and just having fun. However, every pool owner quickly starts to dread the signs of algae, bacterial, and other...

I have had hot tubs for many years and a pool for the last 8 years. I had to learn how to clean it, maintain it and fix it the hard way. Since then I have helped many friends and neighbors with their pools and now I want to share everything I have learned with you.

Easy Pool Cleaning is a participant in the Amazon Services LLC Associates Program, an affiliate advertising program designed to provide a means for sites to earn advertising fees by advertising (amazon.com and its worldwide partners) We are also part of other affiliate programs where we earn a small fee if someone makes a purchase. 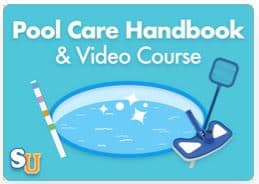 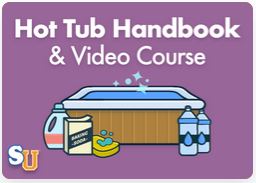 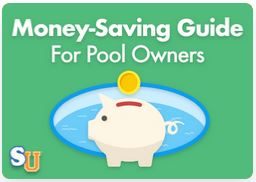