Every pool owner loves to see their family enjoying the water throughout the swimming season and just having fun. However, as part of regular pool maintenance, you need to shock your pool to ensure the correct water chemistry to prevent the growth of algae and harmful bacteria. But exactly what does pool shock do?

Pool shock increases the total amount of free chlorine in your pool, either by adding more chlorine or other shock chemicals that break apart combined chlorine. The increased free chlorine level then destroys contaminants such as algae, bacteria and chloramines.

If all of the chlorine in a pool has combined with contaminants, meaning the combined chlorine level equals the total chlorine level, then there is effectively not enough chlorine available to kill algae etc. So in order to fix that you need to increase the amount of free chlorine in the pool by adding more or by “freeing” the chlorine that has become chemically locked.

There are two ways that pool shock increases the free chlorine levels within a swimming pool. The first way is by adding more unstabilized chlorine to the pool. The second is by reacting to the stored, combined chlorine already in the pool’s water, releasing it to be reused.

This process is confusing as many people mistakenly think adding chlorine shock to the pool simply means adding more chlorine in the form of regular chlorine tablets. This leads to many thinking that if they simply add more tablets they are effectively shocking the pool. But chlorine tablets contain stabilized chlorine which is designed to react slowly, as well as other chemicals normally.

A higher pH level means a high combined chlorine level in the pool, usually causing a strong chlorine smell in the pool which is actually the smell of chloramines.

What is pool shock made of?

Pool shock is largely made of one of the following chemicals:

Calcium hypochlorite is the usual main ingredient of shock, with the mixture holding around 70% chlorine and calcium.

There are also shock packs with lithium hypochlorite that contains 35% chlorine and dissolve a lot faster than normal shock treatments would.

Further, you can also get dichlor, which many people mistakenly call liquid chlorine, when a mixture of chemicals contains 55% chlorine. This is often used because it does not need to dissolve into the pool water; it is already a liquid and starts reacting immediately.

The last type of pool shock contains no chlorine but oxygen instead and is only used if you want to go swimming soon after adding it to the pool. You can add these types of shock, wait 15 minutes, then safely go swimming in the water without having to stress about burns or rashes from the chlorine forming.

Different types of pool shock can make a difference to the time required before swimming so the first piece of advice would be to read the manufacturer’s instructions on the packaging. This should tell you how long after shocking a pool before swimming can recommence and how much pool shock to use.

Cal-Hypo is the one you will see for sale most often, primarily because it is not only the cheapest but strong too.

It is very quick to dissolve (always in a bucket or container pre-filled with water before being added to the pool). A very popular Cal-Hypo shock available on Amazon is the In The Swim Chlorine Pool Shock which comes in 24 1 pound bags.

Di-Chlor is a granulated, stabilized chlorine.

It is slower dissolving than Cal-Hypo and the stabilizer will raise the cyranuric acid level in your pool. In the Swim Sodium Di-Chlor Chlorine Shock is available in 24 x 1 pound bags on Amazon.

You can also buy a liquid chlorine shock which doesn’t require pre-mixing or dissolving as chlorinated pool shock in powder or granulated form does.

ALWAYS READ THE INSTRUCTIONS ON THE PACKAGING!

A non-chlorine shock is also known as Oxidizing shock or non-chlorine oxidizer. They contain no chlorine but instead use oxygen to remove contaminants from the swimming pool.

With this type of shock, you can usually swim in as little as 20 minutes after adding it to your pool. However, Oxidizing shock will not get rid of algae so you will need chlorine shock for that.

One of the most popular on Amazon is the In The Swim Chlorine-Free Oxidizing Pool Shock which comes in 24 handy 1 pound bags.

Can you over shock a pool?

You can add too much shock to your swimming pool. Often this happens with new pool owners when they have to do their first pool shock. Although they may correctly work out how much shock to add, when they add the shock they might see cloudy pool water develop so then start panicking and add more shock.

If you add too much shock, the water can become dangerous as the chlorine reacts with other chemicals in the water. The calcium in the shock can cause buildup, while the pool’s chlorine levels can stay high for more than a week, turning the pool dangerous to be in.

As your swimming pool chlorine levels continue to increase, you will find that the pool water can easily damage your skin or even cause your hair to turn green. Chlorine at high levels can cause a lot of damage to your body, making the pool you are swimming in dangerous.

Should you backwash after shocking?

If you have simply given the pool a regular shock treatment then you can backwash after vacuuming the pool once the chlorine levels have reduced back down to normal.

If you have backwashed due to an infestation of algae then you will probably have a fine layer of dead algae and bacteria at the bottom of the pool that must be vacuumed up.

If that is the case then rather than vacuuming on filter and then backwashing, due to the sheer amount of dead algae there will probably be, it would be better to vacuum to waste instead. That way the filter will not become clogged as all of the dead stuff will be ejected from the pool.

How do the chemicals react differently?

Now that you know what is in the shock and how much of it each type of chemical can be held in each type of treatment, you need to know how they react. This is easily one of the most important parts about using a shock treatment, as most people only use them when a pool is green.

While shock treatments can help balance the chemical levels in the pool water, they are usually only used when the pool is nearing a level that cannot be saved with normal means.

There are five things that a shock treatment will react to, each one leaving behind different debris in the swimming pool that needs to be removed.

What time of day is best to shock a pool?

Ideally you should shock a pool in the evening, to ensure that the sun is not eating away at the chlorine in the pool before it has a chance to work. The sun is always the enemy of any pool owners as it causes chemical reactions with the water to bond free chlorine with other chemicals like nitrogen.

This is a natural process as the sun adds heat to the pool, making reactions a lot more possible and giving the free chlorine the chance to react with everything. We highly recommend that you ensure that the pool is not heated while doing this and having the water be its natural temperature.

Usually, this is why you will find that pools need to be shocked as the temperatures increases as well, as the sunlight through the day lasts longer. Adding a shock treatment at night will mean that the pool is ready and willing to stop anything from growing when the sun does eventually start to rise.

When I first bought my house with a swimming pool, I knew nothing about cleaning and maintaining it. I was recommended Swim University’s Pool Care Handbook and video course so I bought it and have never regretted it.

It was probably the best money I spent that year as I have saved thousands by doing it myself.

Your pool will need to be shocked regularly during the year to ensure that the chemical levels are correct and that there are no harmful organic contaminants.

Pool shocking is an excellent way to reset the current chemical levels contained in your pool, allowing you to enjoy it for much longer.

Whatever you do, please don’t swim in the pool immediately after shocking your pool. No one wants copper green hair!

Pool shock does not go bad as such and actually has a long shelf life. It should be stored in a cool dry place where it can easily last 5 years.

Although liquid pool shock will freeze at roughly the same temperature as water, powdered or granulated shock will not.

Is pool shock the same as chlorine?

Unless it is non-chlorine pool shock, then shock is certainly chlorine but some forms of pool chemical that contain chlorine are not necessarily used for pool shocking.

Do you put shock in a saltwater pool?

Chlorinated pool shock, used correctly, will certainly kill algae and is in fact the correct method to use to eliminate it from pool water.

Can you use bleach for pool shock?

You can use most types of bleach that contain chlorine to shock a pool. However, it is normally a very weak solution so you will need to use a great deal and also you should only use non-perfumed bleach.

While normal levels of chlorine in a pool might not kill mosquito larvae in your pool water, when you shock your pool, the increased chlorine level will kill it. 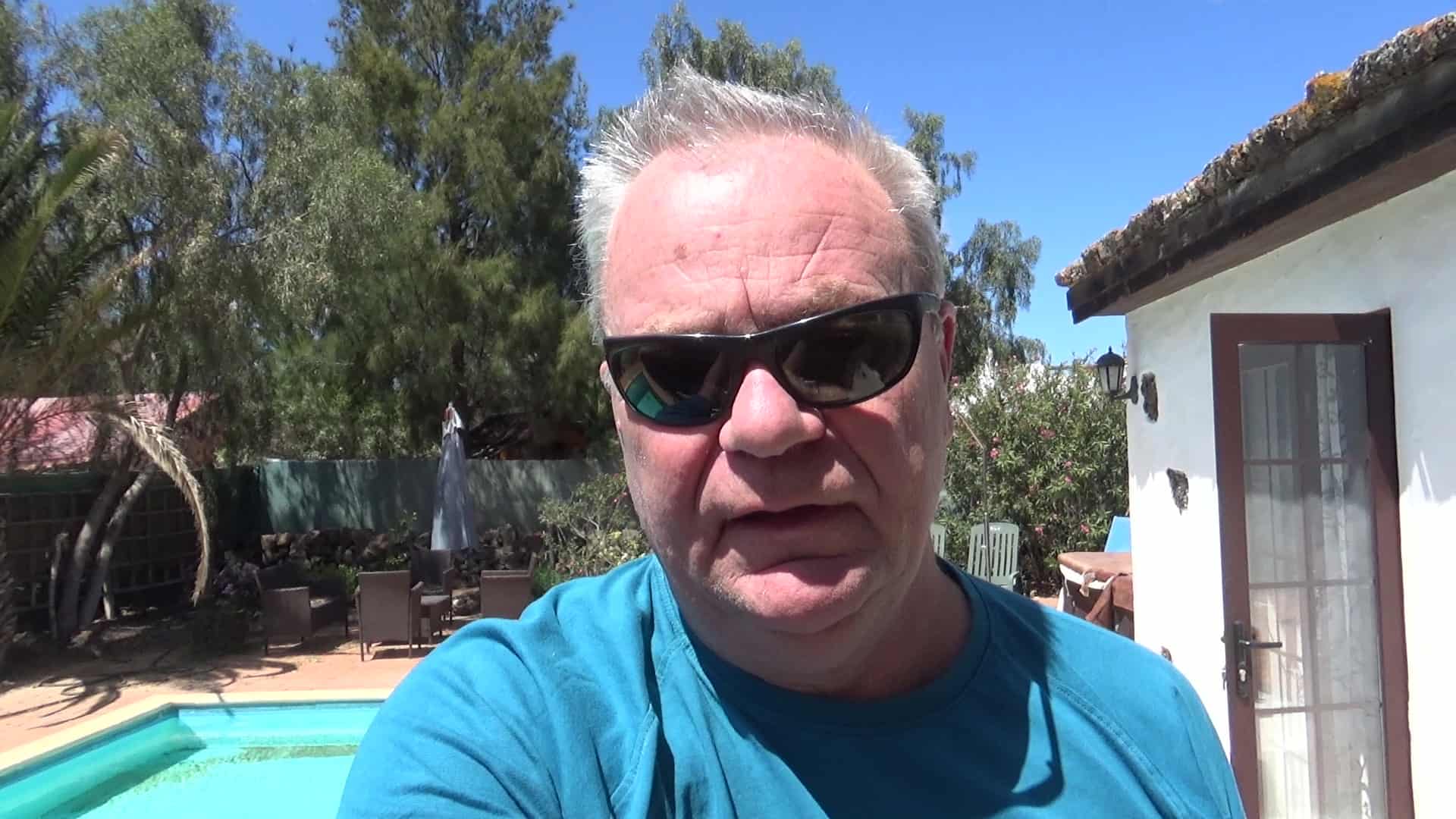 I have had hot tubs for many years and a pool for the last 9 years. I had to learn how to clean, maintain and fix them the hard way. Since then I have helped many friends and neighbors with their pools and now I want to share everything I have learned with you. 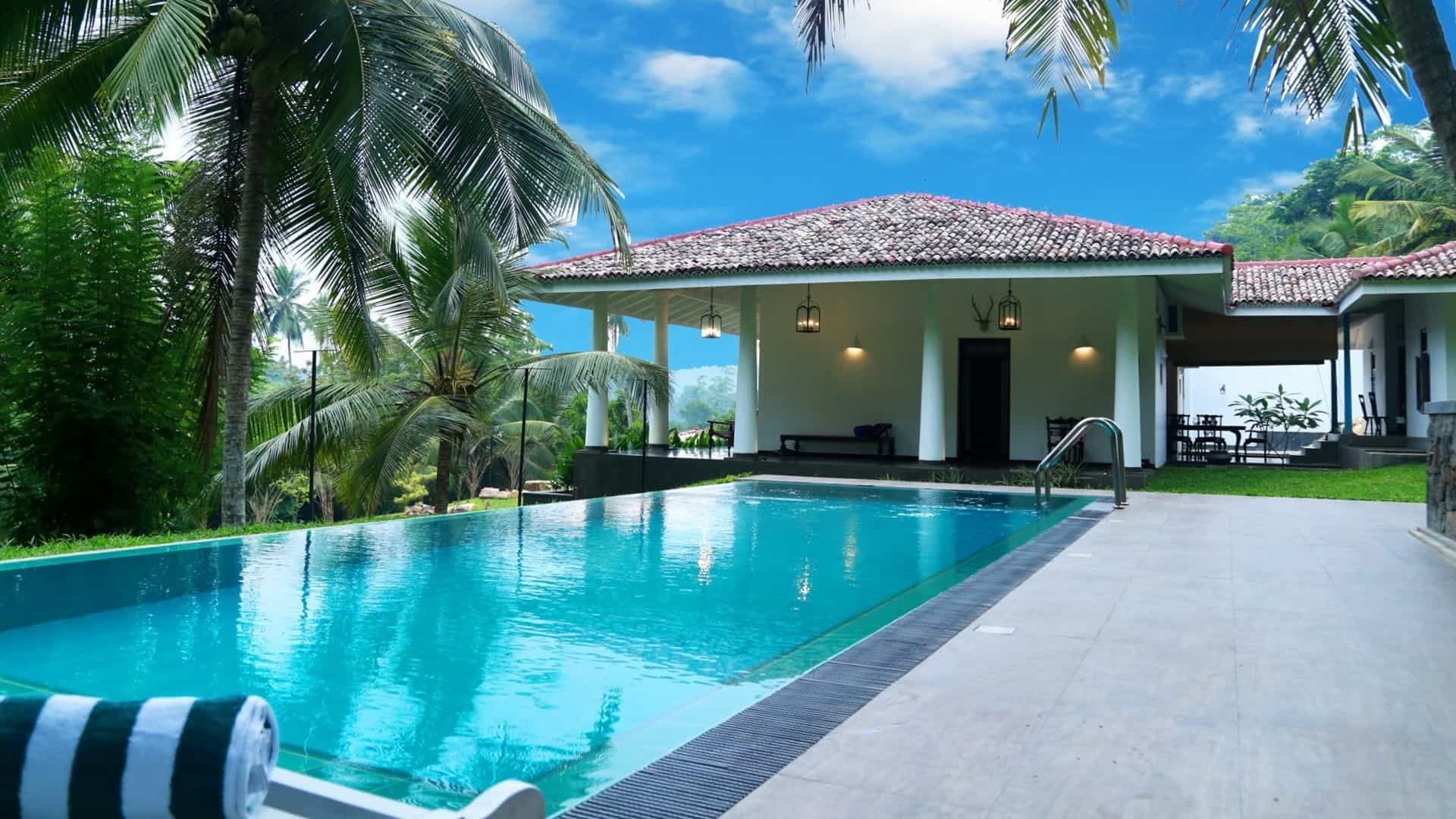 How to Add Stabilizer to a Pool? The Easy Guide to CYA

8 Tips on How to Lower Chlorine Levels in a Pool 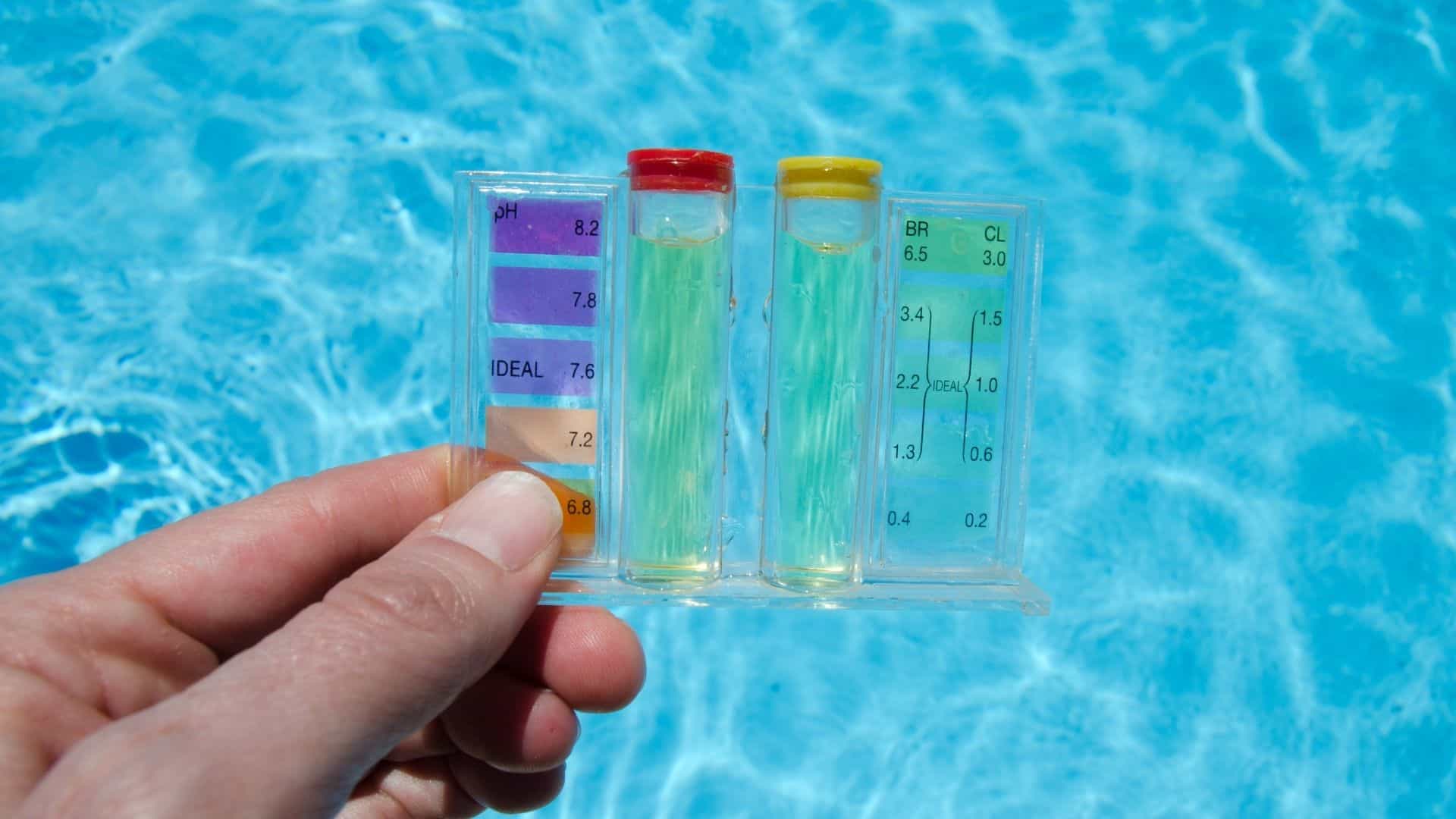 Cyanuric Acid for Pools: What Does It Do and How to Manage It